Google – Yesterday you saved me $2000 and there is no way to say ‘thank you’. If there were a place to “tip” Google I would certainly give you a nice tip.

Here is my story.

Two days ago, my wife came into the house and wondered why it was so hot even though we had turned the air conditioner on hours earlier. It did seem to be a bit warm so I went out to look at the compressor. 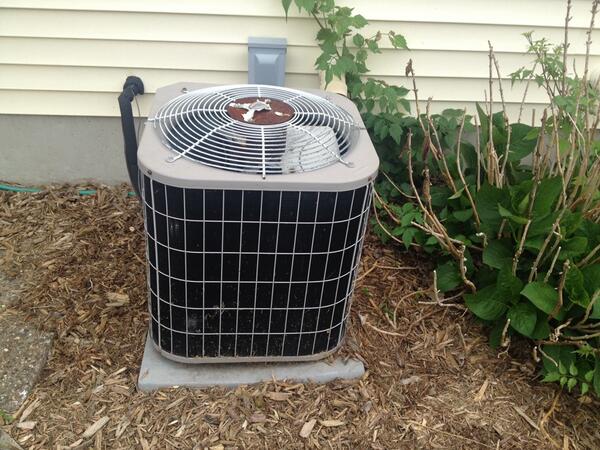 The fan was not spinning but it was hot and making a low hum – not good. Then I used a stick to push the fan to see if it was bad or sticking bearing – the fan spun freely but did not start. Our house was built in 2001 and many of the homes in the neighborhood have been replacing their 15-year old air conditioners. And it was in a series of very hot days so I knew it would take forever to get it fixed – groan. I turned off the power and figured I would use Google Search to do some research on how much this would cost me.

First I just tried to find out how much a new condenser would cost installed – so I googled “AC Condenser price” and “installation cost AC condenser” . There was no clear answer so I figured I would just go get the model number of my existing Carrier condenser and Google it to find the replacement cost of the exact same condenser. 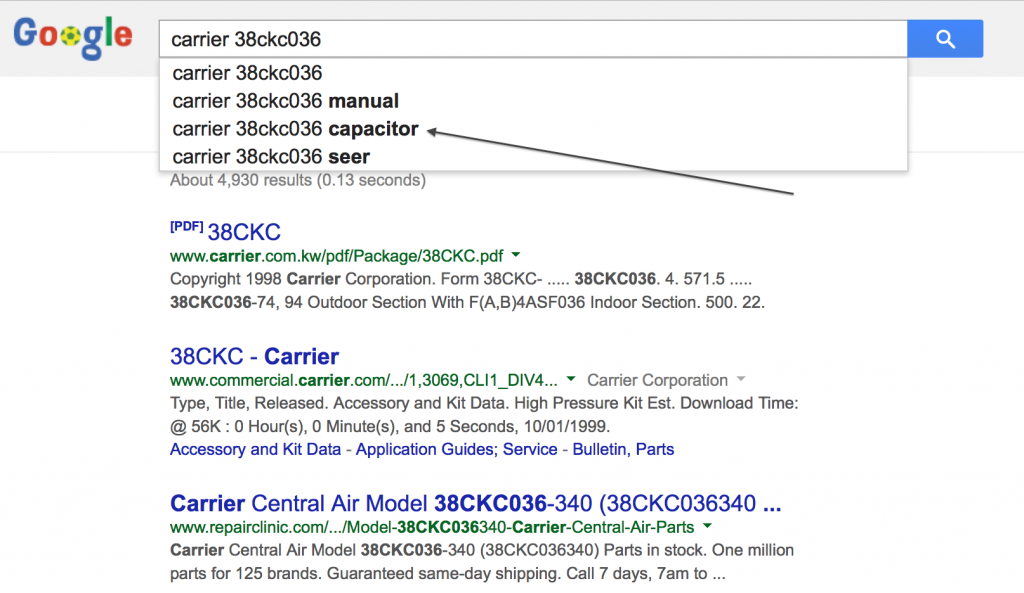 I was intrigued by the mention of ‘capacitor’ as I knew that it was pretty common for lots of electronic things to fail because of capacitor failure. So I looked at a few pages and then switched my search to ‘carrier 38ckc036340 fan stopped’ and quickly found this page:

The picture looked pretty easy to interpret so I turned off the power to my AC unit and opened it up. Not only was my capacitor top obviously bulging, I had a stripped wire that I was surprised had not shorted these past 15 years. 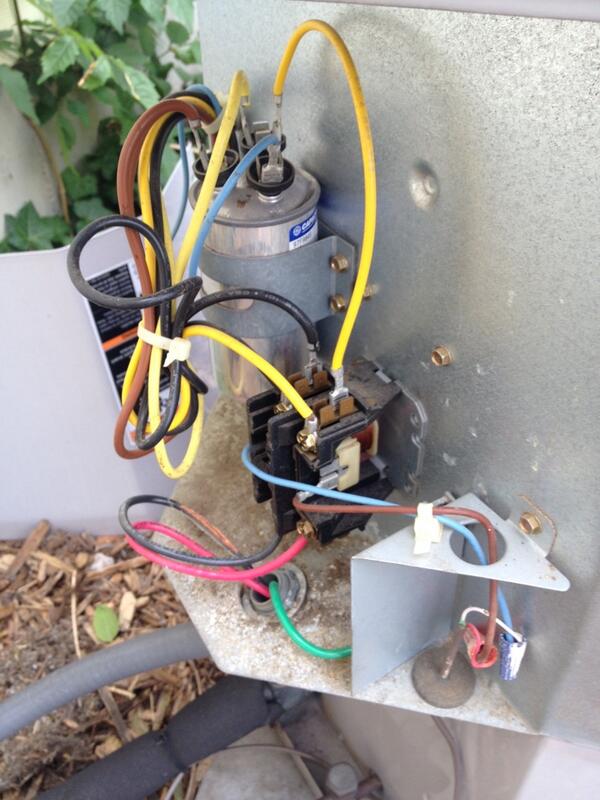 A couple of machine screws later I had the capacitor off. A quick motorcycle ride to the appliance parts store and $35.00 later I had a new capacitor. I popped it back in and the AC started working immediately: 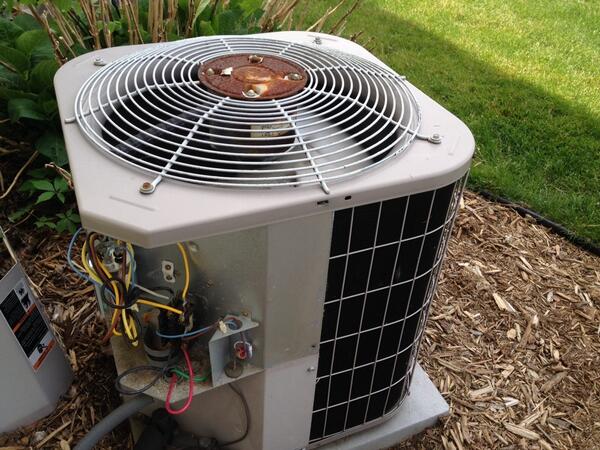 So here is the upshot. Google’s type ahead saved me as much as $2K – not only did it save me money but I was able to complete the repair in about the same amount of time it would have take a repair company to call me back.

I think that you should make this part of AdWords. Put it in the AdWords rectangle as shown below. I know that I need to show the love to (a) the site with the money-saving knowledge and (b) Google for getting me there – so a profit split from the tip jar would put the right incentives in place for all.

Now in the future as search ads become less and less valuable (especially on the non-video internet) – you might find that a tip jar model is a great source of revenue.

Let me know if this works out for you. You could share a bit of the love for me coming up with such a cool idea by clicking on my little Leave Tip button.