My daughter’s 2002 Pontiac Grand Am had a broken plastic trim / moulding piece covering the edge of the driver’s side of the windshield. About two inches had broken off and it made a nice little well where water could pool up and drip into the car on the driver’s side.

I think someone tried to improperly remove the trim and broke both the upper end of the trim piece off and then pulled so hard that they actually broke the part into two pieces. The fact that the windshield trim on the Grand Am is two pieces glued together and listed as a single part number really confused me for a while.

On the parts diagram below, it is part number four:

But in the photo below, when looking at the broken part (top) it looks very different than the unbroken part because it is split into two pieces at a glue joint – one that comes off the car and the other that stays on the car and since the two sub-pieces are joined with a hot-glue joint at the factory, when it breaks at the glue joint, it does not look “broken” – it looks like two parts meant to be glued together. The broken piece is the top piece. 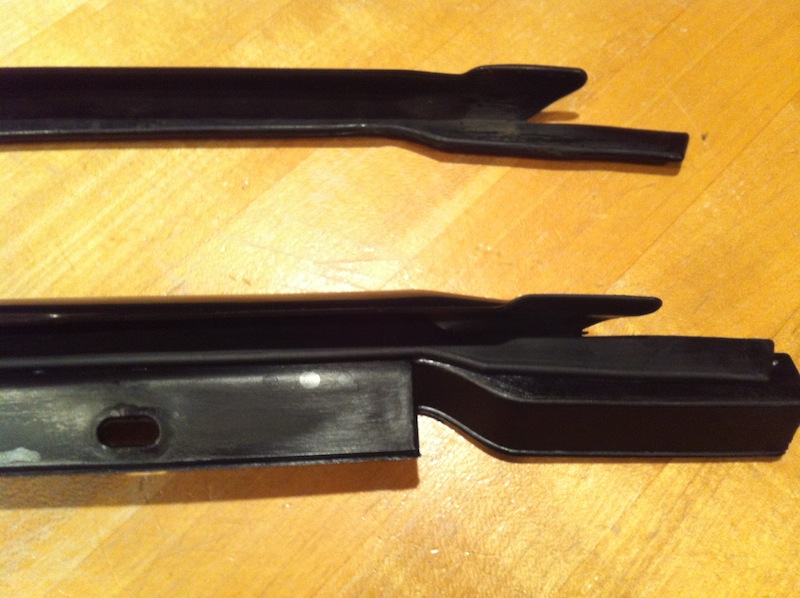 I found the part number on the old part (22615173 LH) – I went to my local dealership with part in hand and they had no idea. They also found the above diagram – but since it did not look like the part I brought with me, I was unsure what to do.

I came home and using Google, I found some experts on a Grand Am Forum that said that the part number had been changed to (15241119 LH) for the driver’s side. I went back to the GM dealer and they had the part in stock at another location so off I went to take a look. 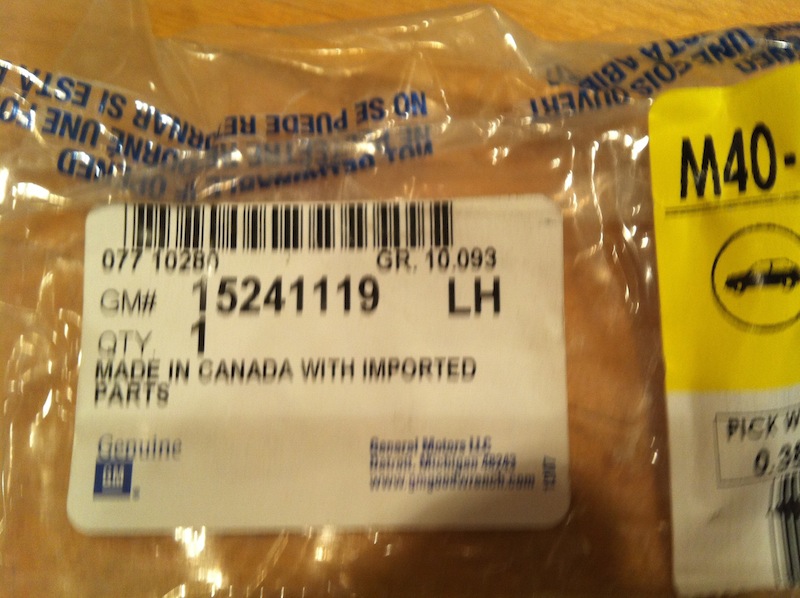 As soon as I saw the complete new part it all made sense that I was looking at a broken portion of a part and not the whole part. The part cost $65.00. There are online places that charge $40.00 plus shipping – but I figured a part in the hand is worth two one the web and there was some benefit in visually verifying the left hand side is indeed the driver (US) side. 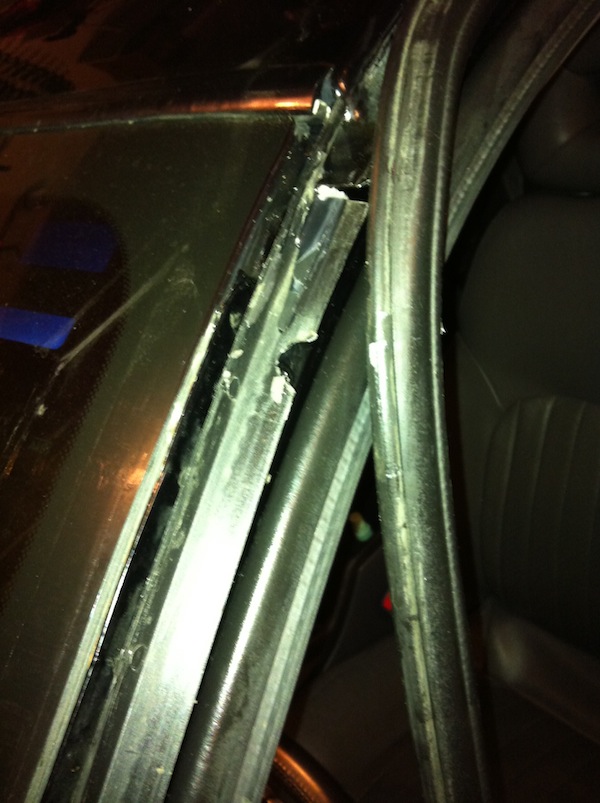 After that is is a very simple task to put the new part on with the three phillips screws and press the weatherstrip back on.

All in all, about 15 minutes of effort – after about a week of running around to figure out the right part. But the windshield no longer leaks and it looks nice again so I am pretty happy. I kind of like a puzzle.