I was giving a demo at the Apple Academix Conference during a keynote where I use a Google App Engine application to simulate a clicker-like activity in a course. It is a simple multi-user number guessing game. Whenever the audience participation was too good and too many people started clicking on the application I would get errors – it made the demo in the middle of my talk lose a bit of credibility – but it was also funny.

I finally saw the error and spent a few hours to track the issue down. I was getting the following message:

I had 20 participants and after the first click in the application, there were no new objects in the application and 20 people clicking within a 10 second interval were causing the error to occur. I suspect but cannot confirm that at some level the AE framework marks you as abusing transactions and then it takes a while before load drops down that it lets you once again use transactions.

So I decided to reduce my transaction abuse and build an optimistic get or insert that does the get() first and then if the record does not exist do the get_or_insert(). This way once objects start to exist there will be no more transactions. And yes, my next optimization is to use memcache.

So this was my approach.

END_OF_DOCUMENT_TOKEN_TO_BE_REPLACED 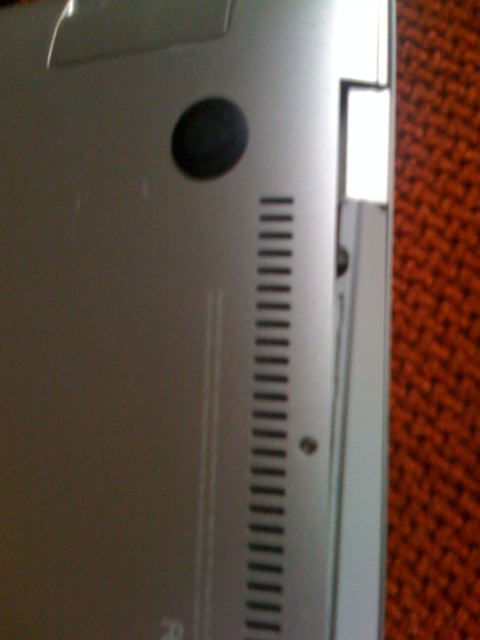 Fresh off getting my first Sling Application finished last night – I came in and told Ian that I had nothing to do today. Of course he said “no” – I needed to build a widget for LTI as well. I said “what widget” and he said that the whole Slikai UI was there under http://localhost:8080/dev and I needed to write a Widget.

I started work at 10AM – with a quick tutorial from Nico and his HelloWorld example, I hacked away at it. After about 2 hours working by myself I had it doing settings and creating the resource. At that point Nico helped me do the actual launch iframe and a few nice bits like a cancel button and it was done and put some polish on it.

It was done three hours after I started – and this was my first widget since I tried back in July 2008. I was pretty pleased with the ease of figuring things out – maybe I just knew more about AJAX, jQuery, JavaScript, and FireBug after writing those chapters in the book. However and whatever the case – it came together quickly and the ability to use Sling to handle all my persistence needs instead of writing a service and plugging it into sdata made an amazing difference in ease of building my widget and getting it running.

So now I am done with today’s task. All is now checked into my SVN repo in contrib/csev/trunk/sling

So I told Ian that I was done with the widget and still had the whole afternoon free! So he told me to add Pluto 2.0 (JSR-286) to Sling/Sakai. That sounds like a good idea – but more than a three hour tour. So we will just draw pictures and call it good.

In summary, I continue to be pleased with the Sling/Sakai combination and eagerly look forward to its evolution.

The additional README bits are below. Again many thanks to Ian and Nico for their patient mentoring.

END_OF_DOCUMENT_TOKEN_TO_BE_REPLACED

I visited Cambridge this week to see what was up with the new Sling + Sakai (Slikai) work that Ian is working on. I figured that one way or another I would find a way to hack in IMS Simple Learning Tools Interoperability into it – after all I hack LTI into pretty much anything else. One day I will write a FORTRAN version of Simple LTI :).

I figured that in two days I would be a little pressed for time. Day one started out with Ian explaining Sling for about an hour and giving me some hello world stuff. It took me a while to hack each piece together. I started this morning knowning nothing about Sling and now this evening I have my first working application in Sling/Sakai.

Sitting 3 feet away from Ian meant I was never stuck for too long – I was just slow. But by the end of the first day, I am pretty much done – the code is checked in here:

All in all I am pretty impressed with Sling. Many important decisions are already made – most of the APIs we think of as “kernel” are in place. There is lots of value to be added – mostly in terms of “helper” APIs to lock down “Sakai conventions” within Sling and keep us from hard-coding convention too widely scattered throughout the code.

There is lots to do – so much more to do – but Sling feels like a great starting point. Performance is always something to worry about – but I am confident that Ian worries about performance even more than I do – so I expect that whatever we run into is solvable.

It was great fun to see this at an early state and to talk issues over with Ian and I look forward to the progress over the next few months and hope that we see some nice shiny stuff by the conference.

The README is below if you want to replicate my experiences.

END_OF_DOCUMENT_TOKEN_TO_BE_REPLACED

This abstract was submitted to the OpenEd conference:
http://openedconference.org/
August 12 – 14, 2009 – In Vancouver, BC
We will describe our experiences supporting self-regulated learning through newly developed outcomes-based open learning tools at the University of Michigan Medical School.

END_OF_DOCUMENT_TOKEN_TO_BE_REPLACED

Here is a cool post about getting Rails (grails) running on AppEngine under Java.
http://blog.inigral.com/2009/05/07/rails-on-app-engine-a-cold-start/
This shows the vast potential of the Java AppEngine Java environment – because the JVM is really just a virtual computer – it can do anything in any language. The only consequence might be performance – but over time any linear performance factor fades away as a real issue.
Thanks for the link Michael.

Thanks to John F for sending me in this direction:
http://ocwblog.org/2008/09/28/byus-loosely-coupled-gradebook/
Some Specifications about the Loosely Coupled Gradebook
An overall vision of a loosely coupled learning network
Jon uses the Spider and Starfish Analogy and applies it to teaching and learning – wonderful post. In open source and open thinking – this book should be required reading and there should be a quiz that people must pass with a score of 100% before they can join an open source project or even use the word “open” in a sentence in public.
Time to do some research….

This is a summary of comments I made in a panel discussion on Service Oriented Architectures at the Open iWorld at the IMS Learning Impact meeting.
Here are the slides that I used in the presentation.
Colin Smythe spoke before me and mad a number of great comments that suggested that SOA had been overhyped and was now in a bit of the “trough of disillusionment”.
I started my comments by suggesting that SOA (Upper Case) was pretty much dead and pretty much DOA. But at the same time “service oriented architectures” (Lower Case) were very much alive and well on campuses. We are using plenty of “services” – we just don’t see them as such.

END_OF_DOCUMENT_TOKEN_TO_BE_REPLACED

This is an excerpt from my faculty report that I am about to submit – comments welcome. Last years report is also on my blog.