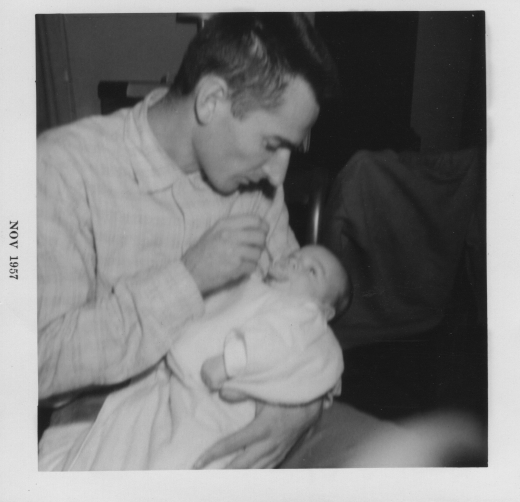 My father Russell Severance has been an inspiration for me my whole life. Many fathers put a football in their baby’s crib to encourage their son to become a great athlete. I think that my father put a College Algebra textbook and a graduation tassel in my crib. One of the earliest memories was captured in picture where I was laying on his chest while he was reading a book for a class he was taking for his Electrical Engineering degree at the University of Wisconsin in Madison. I was born while he was going to school and much of our early time together revolved around his education so it is not surprising that teaching, learning and higher education would become a big part of my entire life.

I am also a big fan of the Rose Bowl – I kind of feel like it is the only *real* bowl. Perhaps it is because I have spent so much of my life in the Big-Ten having lived in Wisconsin, Pennsylvania, Minnesota, Ohio, and Michigan. 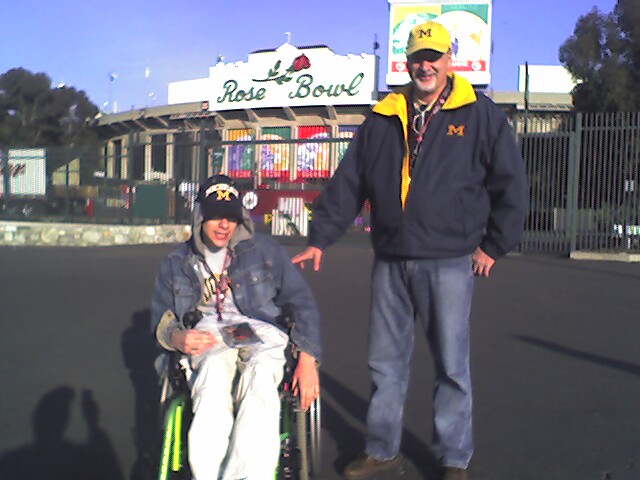 My alma-mater is Michigan State (three degrees) and I work at the University of Michigan School of Information. I almost went to the Rose Bowl in 1987 when Michigan State went, but it seemed expensive at the time and I was confident that MSU would be back to the Rose Bowl pretty soon and I would go later when I had more money (oops). Then 20 years later in 2007 when University of Michigan was in the Rose Bowl, my good friend Jim Eng got me four tickets so I took Brent, and Ted and Brandon Shotwell out for a great trip as their 2006 Christmas presents and to thank Ted for installing hardwood flooring in my living room.

I was hoping that Michigan State would make the Rose Bowl this year so I would have another excuse to go to a Rose Bowl but that was not to be. But then Wisconsin was selected and I realized that with my dad’s Wisconsin connection I had a great excuse to go and a great surprise Christmas gift for my dad.

My dad has been a fan of Big Ten football forever. In the early 1970’s, when we lived in Ohio, we would listen intently to the radio broadcasts of the great (now classic) 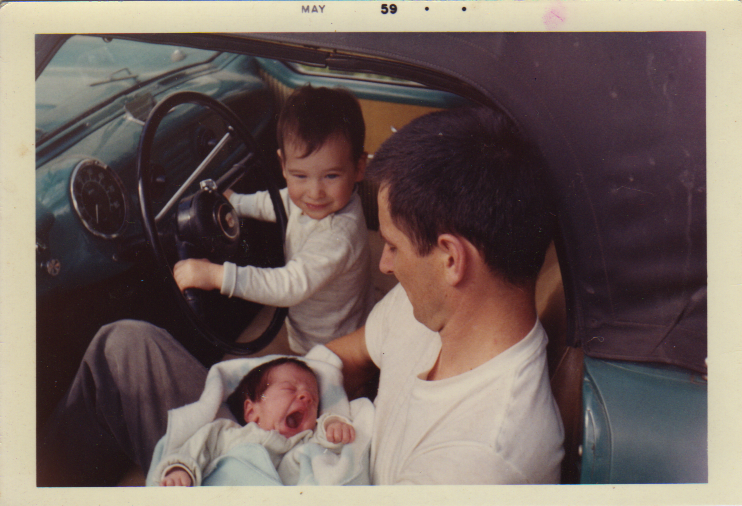 Michigan-Ohio State games at the end of each season with great interest in every play. We lived for the situation where either Ohio State or Michigan was first-and-goal on the one yard line! It seemed that time stopped during those four plays.

Then when I was in 11-th grade, we moved to Jackson, MI into the heart of Spartan and Wolverine territory. My father chose Jackson, MI as it was 30 minutes from two great universities and he had five children about to graduate high school and wanted to make sure that we had two choices as to where we pursued our higher education. It shows how much of a priority education was in his and our lives.

While I was finishing high school in Jackson, MI I stayed a Ohio State fan. But once I went to MSU as a freshman, I became a Spartan fan and Russ also became a Spartan fan as well. He was almost more of a Spartan fan that than I was. He liked the underdog and hard-working nature of the Spartans. I think that it reminded him of his own hardscrabble fight to get out of depression-era poverty in rural southern New Jersey and find a way to get a good education – an education he fought to make sure all of his children would be assured of having without wondering if they could afford it.

Then in 1999, I went to work at the University of Michigan and we both became fans of the Wolverines as well. With all of our complex and divided loyalties, we both were fans of the Big Ten, only deciding who to root for on the critical games where both teams were schools we rooted for. 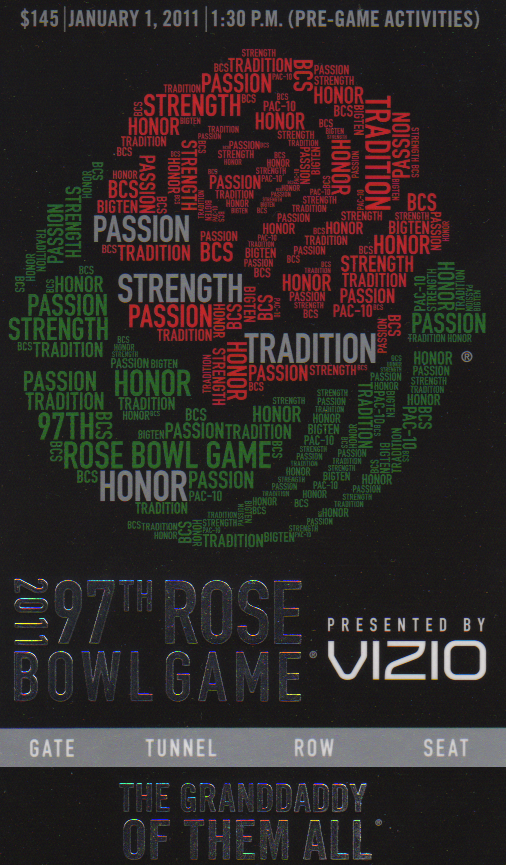 So I bought some tickets in the north End-Zone off StubHub and booked two first-class tickets to LA using frequent-flier miles and put the plane ticket and Rose Bowl ticket in a card as if it was just another Sam’s gift card like so many Christmases before. The surprise was complete – he was not expecting it and when he looked at the Rose Bowl ticket – it did not dawn on him until someone explained that he would be going to the Rose Bowl in person.

So we leave December 30 in the morning and arrive in LA in time for the traditional pre-bowl pep rally at Santa Monica Pier. Then there are a few more surprise fun destinations on Friday. We won’t go to the parade because that is harder to get tickets to than the game it seems – and it means getting up too early. At the game, we are in the North End Zone at seats Tunnel-26, Row-37, Seat 14. You can take a look at the Rose Bowl Seating Chart to see where we will be sitting. I figure we might get on TV by being in the end-zone section – we can wave at everyone back in Michigan when there is a field goal or extra point. Keep an eye out for us!

I will be tweeting status and pictures as the trip progresses and taking lots of pictures so you can follow along if you like.